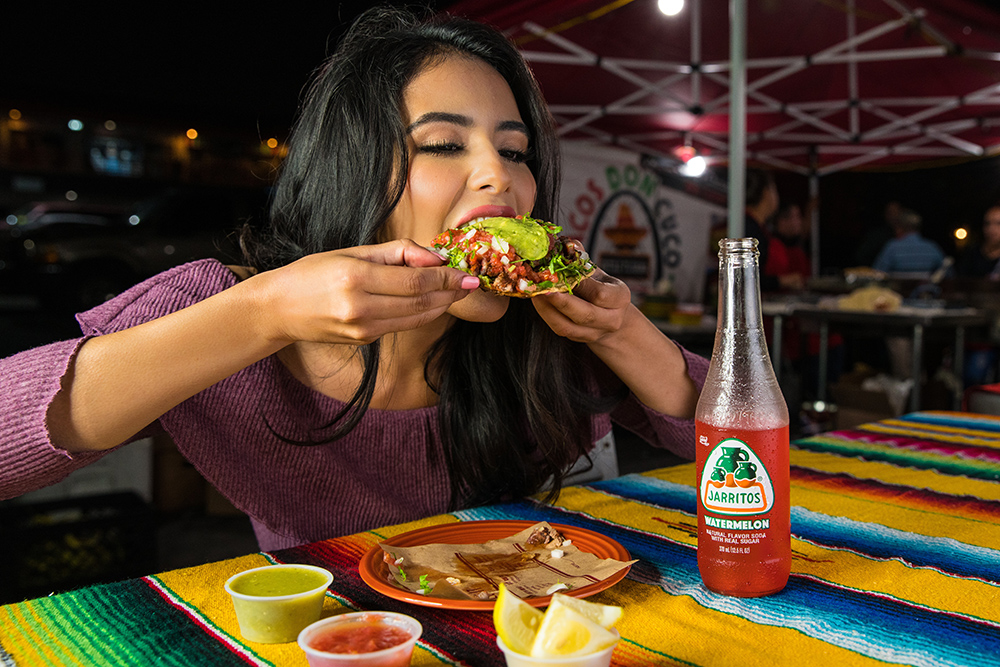 In cooking, consuming, and dealing with fiery cuisine, especially the liquid seasonings that give flavor and heat to dishes, you’re going to stumble upon dozens of interrelated names and terms. Some of their meanings may be obvious, but chances are good that if you’re newer to the world of spice you may get hung up on a few. 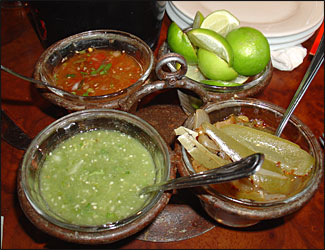 For the novice foodies and beginner chileheads, I’ve given definitions of a lot of these words you’ll encounter. The following list is certainly not comprehensive, yet still should cover most of the terms encompassing the wide world of spicy sauces, condiments, and liquids.

In its most basic meaning, a hot sauce is simply any sauce that uses hot chile peppers as one of its mean ingredients to give it a spicy taste. Diving deeper into what the definition of hot sauce is, it can technically mean any type of pepper-based substance ranging from watery liquids to thicker condiments all the way up to a thin paste in terms of consistency. Hot sauce can have an almost unlimited number of supporting ingredients including tart, sugary, fruity, salty, smoky, or tangy ones. It also should be noted that technically salsas are considered to be hot sauces, albeit much thicker ones. Also referred to as pepper sauces and chile sauces.

The word “salsa” means “sauce” in Spanish, so actually, any hot sauce could be a salsa, but not all salsas are hot sauces because salsas can have just about any ingredient under the sun, including beans, corn, fruit, herbs, spices, nuts, and even seafood. To Anglo-American audiences, salsa usually means a denser substance that contains thicker or more solid ingredients (although they may be soft) than pure liquid and can even be virtually all solid chunks in some instances. Pico de gallo is perhaps the most famous variant, with an ingredient list containing tomatoes, onions, hot peppers, cilantro, and lime juice. Salsas can be made fresh or cooked and jarred.

Salsa as a whole became the best-selling condiment in terms of dollar sales in the United States sometime in the 1990s and reigned for over 15 years (mayonnaise is now number one).

A thick, greenish-colored sauce that uses tomatillos (as opposed to red tomatoes) as the main ingredient in its Mexican-style version.

A red sauce with many of the same ingredients as pico de gallo but with a runnier, more processed consistency. Sometimes (usually wrongly) used interchangeably with the term “taco sauce”.

Similar to taco sauce in some ways, but can have a smoother and more oily base. Comes in two major types, red and green, that are colored based on what kind of chile peppers from which they’re made.

A thick, frequently creamy, or chunky salsa dip that has avocados as a main ingredient.

Pronounced “moe-lay”, this is used to define a number of Mexican sauces that can contain varying ingredients. Frequently contains chocolate, which is perhaps the most famous form of mole sauces.

“Jerk” flavoring is found in both dry seasoning and sauce forms. Jerk sauce is sometimes referred to as a Jamaican or Caribbean-style “barbecue”, but it’s quite different from the American style, tomato-based BBQ sauces most are used to consuming. Jerk sauce is a rich, complex, spicy, and peppery mixture that uses many different food components, but most often of those are Scotch bonnet peppers and allspice. 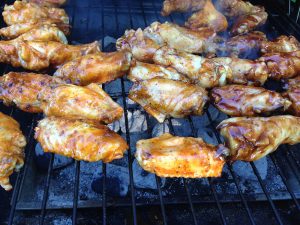 Typically a cayenne pepper sauce and butter/margarine mixture used to coat fried, grilled, or baked chicken wings. Very often called “Buffalo Sauce” (named after the city of their origin, Buffalo, NY), it should be noted that true “buffalo wings” do not contain breading, while “hot wings” do have breading. Can sometimes be used on other chicken dishes, such as fried chicken nuggets, tenders, or fillets on buns (usually all containing the “buffalo” moniker). Wings sauces can also be BBQ, fruit, or jerk sauce-based.

Typically a finely chopped mix of vegetables that is cooked and/or pickled, and used as a condiment.

A specific form of relish popular in the Southern U.S. and other areas that use a vegetable base, which may include cabbage.

A water and salt mixture used to either preserve foods or to add moisture and flavor to meat before cooking.

Any type of liquid in which you soak food (most often meat) for extended periods of time for the said food to draw in additional flavors before cooking. Marinades can come from most cuisines and can be savory, sweet, or salty in nature.

A thicker, sometimes gelatinous, sauce that is applied to the outside of food that will produce a shiny and sweet coating. 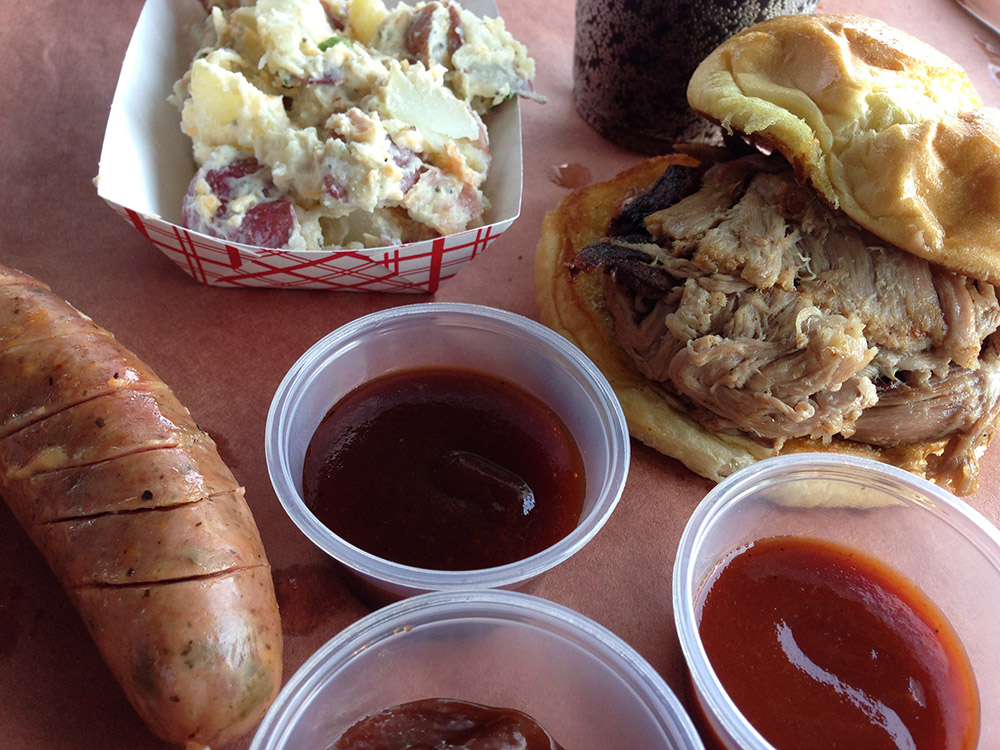 A predominantly American style of sauce that’s most often made with tomatoes, and often has sweet, tangy, or smoky components. It is often used as a finishing sauce for grilled meat or barbecued (AKA smoked and low temperature cooked) meat. BBQ can be spelled in different variations, including barbecue, barbeque, bar-b-q, and others.

By definition, mustard is a yellowish or brownish condiment or thin paste that employs mustard seeds as one of its core ingredients. American-style yellow mustard usually contains turmeric. Can also include a large array of other ingredients, which can be spicy or sweet.

A popular condiment with a base consistency predominantly of tomato concentrate, corn syrup, vinegar, and salt.

As the name implies, this is any type of sauce or liquid used within the process of cooking. These sauces are blended in other ingredients (often other sauces or liquids) to produce a final result when cooking is complete. This contrasts with finishing sauces or dips (which are used at the end of the cooking process or afterward when eating), although many cooking sauces can serve those roles, too.

Any sauce or condiment used during the final stages of cooking. Many of these may be sugar-based, which can caramelize and burn if cooked for too long.

A pungent, light-colored sauce that gets its strong and hot flavor from horseradish root. Normally used as a condiment or an additive.

Coming from a Japanese plant similar to horseradish, this is a greenish paste with a powerfully strong kick. Frequently eaten with Japanese fish dishes or roasted with peas, soybeans, or peanuts to create a spicy snack.

This could include pungent, Thai-style offerings such as sriracha, which are strong garlic/red chile/sugar sauces. It could refer to a sweeter, lighter red chile sauce as well, or even a spicy kind of paste called a sambal. Asian sauces could also be chile or non-chile varieties like fish sauces, soy sauces, or sweet and sour sauces.

An Asian-style condiment originating from Thailand that typically uses red fermented peppers, garlic, and sugar, along with vinegar and salt.

These are the super hot sauces and can reach several hundred thousand or even in the millions of Scoville Heat Units. Although some use habaneros or bhut jolokias for flavor and some fire, these sauces will use varying amounts of chile pepper extract to obtain a nuclear burn in your mouth. Almost always used more for heat than for flavor, these should be used sparingly, either as an additive or for novelty purposes. 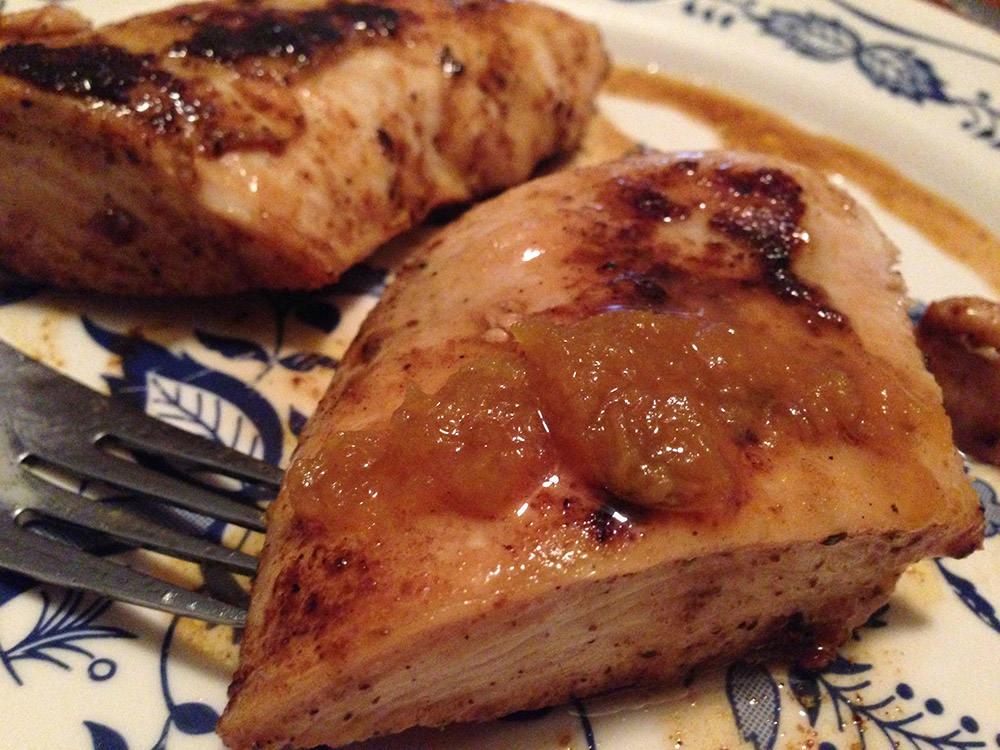 A Caribbean or Tropical hot sauce will often have a slightly more complex taste than a run-of-the-mill pepper sauce. Sometimes these will incorporate mustard, habaneros, Scotch bonnet peppers, or fruit to create a distinctive flavor and texture. Should not be confused with a Caribbean or Jamaican Jerk-style sauce.

The most popular kind of chile pepper sauce in America. These are any thin, watery sauce that consists mainly of vinegar, salt, and peppers (can be cayenne, tabasco, or jalapenos, and are sometimes fermented). Most of the major American brands (Tabasco, Frank’s, Crystal, Trappey’s, et al.) are Louisiana style.

A generalized term for saucy side dishes popular in India and Southeast Asia. Recipes can be extremely varied depending on many factors, including region.

Can be a paste or a dried spice mixture, and is used in Southeast Asian and Indian cuisine to add zip and flavor to dishes.

These are different types of Indian sauces and pastes. Often they are spicy or sweet in taste. Westernized chutneys are typically sweet in nature, and at times can be compared to a quasi-fruity salsa. 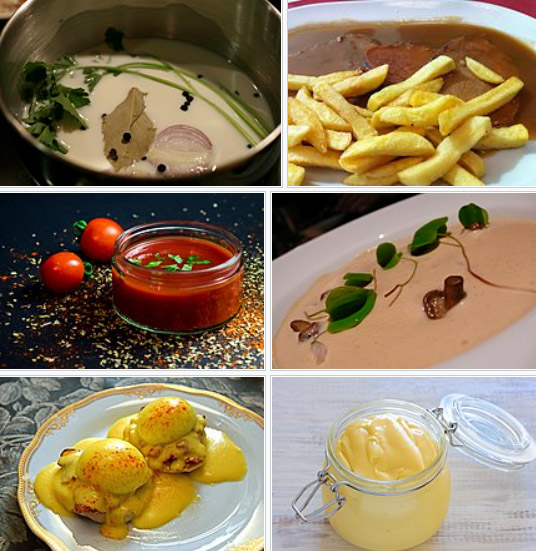 Used to signify one of the “Five Mother Sauces” in French cooking: Béchamel Sauce, Espagnole Sauce, Velouté Sauce, Hollandaise Sauce, and Tomato Sauce. Sometimes a sixth sauce, Mayonnaise, is included with this grouping.

White sauce, based on milk thickened with a white roux.

Brown sauce based on a brown stock reduction and thickened with brown roux. Ingredients typically include roasted bones, bacon, and tomato (puréed and/or fresh).

Clear sauce, made by reducing clear stock derived from unroasted bones, and thickened with a white roux. Velouté is French for “velvety”.

As of 2021, the most popular condiment in America (by volume sales), mayonnaise, or “mayo” for short, is made from an emulsion of oil, egg yolk, and either vinegar or lemon juice. Mayo is a cold, thick sauce often used to top sandwiches, hamburgers, French fries, and as a salad dressing or dip ingredient.

Sometimes referred to as “Tomate” or “Tomat.” As well as tomatoes, ingredients typically include carrots, onion, garlic, butter, and flour, plus pork belly and veal broth.

Tomato Sauce can be much more than a French cooking sauce. It can be used to describe many tomato-based sauces of varying types from around the world, most notably in Italian and Mexican cuisine, just to name a couple. Some can be variants of sauces mentioned above, while others can differ quite a bit. Can be used as a cooking sauce (with a base of tomato pureé or tomato paste) or as a sauce to add to cooked items like pasta. Can also be the main component in tomato-based sauces like Marinara Sauce, Spaghetti Sauce, and Pizza Sauce.

A simple, hearty, tomato-based sauce usually made with garlic, onions, and herbs (typically basil and oregano, among others).

This is similar to marinara sauce, but spaghetti sauce can be more complex with the optional addition of ingredients like mushrooms, other vegetables, and often a meat component such as cooked ground beef or sausage. Of course, this is used to top spaghetti noodles or other pasta.

A simple, tomato sauce variant used as the base sauce on pizza crust.

This is a sauce usually made from the fatty juices of meats and often mixed with flour or corn starch to thicken it. “Gravy” can also be used informally to refer to other sauces like tomato sauce.

A thin, complex, brown sauce with ingredients that can include barley malt vinegar or spirit vinegar, molasses, sugar, salt, ground anchovies, tamarind, onions, garlic, spice, and other flavorings. It can be used as a cooking sauce, or as a condiment or additive to steak, hamburgers, or alcoholics drinks.

This is a rich, tangy sauce popular for topping beef. Ingredients include tomatoes, raisins, vinegar, and other spices.

A rich, creamy white sauce that is made of mainly butter and melted parmesan cheese when freshly prepared. Used to top pasta such as fettuccine noodles.

A watery, umami condiment popular in East and South Asia made from fermented fish and salt, among other ingredients.

A much thicker sauce than fish sauce, oyster sauces contain oyster extract, as well as possessing a sweeter flavor.

A thin, umami sauce of Chinese origin made from a fermented paste of soybeans, roasted grain, salty brine, and other components.

This is a type of glaze/sauce used in the Japanese technique of broiled or grilled meat, which has elements of soy sauce, mirin, and sugar. Teriyaki sauce has strong attributes of umami and sweetness.

This term can refer to many different styles of sauces but often can mean a sauce/dip of Asian origin. Sweet and sour sauce is typically reddish in color and has heavy sweet and moderate savory attributes.