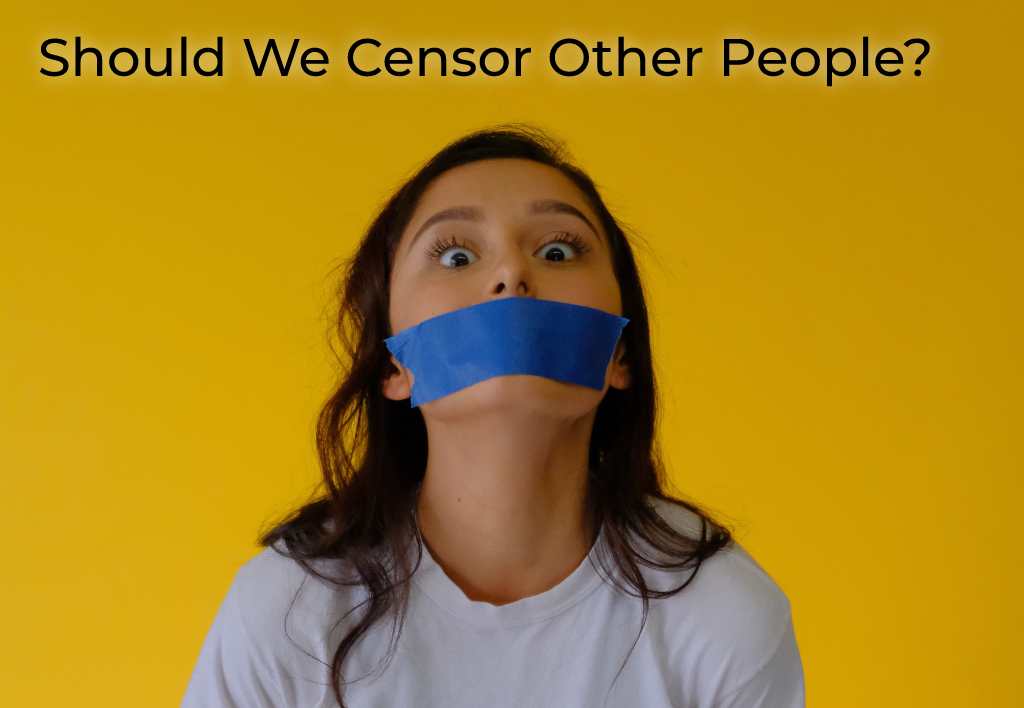 In today’s society, cancel culture has become a common thing. Cancel culture is all about censoring people we don’t like just because they said something that offended us. Cancel culture started off being a well-intended concept of distancing yourself from destructive individuals, but then it started to become more dogmatic as people on the left wanted to nitpick every little thing someone said that’s not politically correct and ruin their lives forever. I’m afraid I have to disagree that we should censor people because they share an opposing view, but I also can see how a person with extreme views can be harmful to society (Hitler, for example). Most people wouldn’t dare to say, “I hate black people” or “I hate Jews,” but they would say something that doesn’t pander to those groups of people and get labeled a racist.

As Christians, we live in a world that’s very hostile toward Jesus Christ. Everywhere you look, it’s sex, drugs, violence, and love of self on TV and social media. We can pretend that we live in a perfect Christian bubble, but in reality, we have to deal with people with opposing views than us. Many of my Christian friends want to cancel all forms of media because of the promotion of social justice and LGBTQ rights. It’s annoying when you’re constantly being told that you’re a bigot because you don’t support Antifa or that you disagree with same-sex attractions. However, to win people over to our side, we must understand their pain points and what led them to believe in what they believe in.

I’m involved in a section of a Discord server that’s filled with people who have left-leaning views on gay marriage, abortion, and socialism. I normally don’t get into political discussions because it can damage a relationship, but now and then, something comes up where I have to discuss something political. I won’t be quick to dismiss someone as an “SJW, “a “leftoid,” or a “heathen” because they have a different opinion than I do. I try to sit and listen to them before giving my point. There are actually some good and useful things you can get from respectfully interacting with liberals. We can glean a few valuable things from people from other religious beliefs. I’m not saying we should back down on Biblical truth or taint the Gospel (NEVER compromise your doctrine!),  but I am saying we should be more understanding of where people are coming from rather than just canceling them.

There’s a good reason why Christians would want to censor things. If you are a brand-new believer in Christ and previously had an issue with porn then it’s probably a good idea not to watch sexy or romantic comedies. If you’re a Christian who was negatively influenced by secular rap music then I can understand why you would want to remove it from your life. There are some things no Christian should ever do, but there are quite a few things we can do in moderation. Some of you might find stand-up comedy too offensive or certain video games too offensive while others can be completely fine with consuming vulgar content. My point is that we can censor certain entertainment and certain hobbies from our lives, but we can’t just cut the world completely off and live as monks. Christianity is never met to make us comfortable. We have to engage with people who have completely different worldviews than us just like Jesus did, and that includes brushing up against their philosophies.

Visit Mario Walker's Bio Page.
Previous
Are We Free?
Next
How We Lose Our Freedom