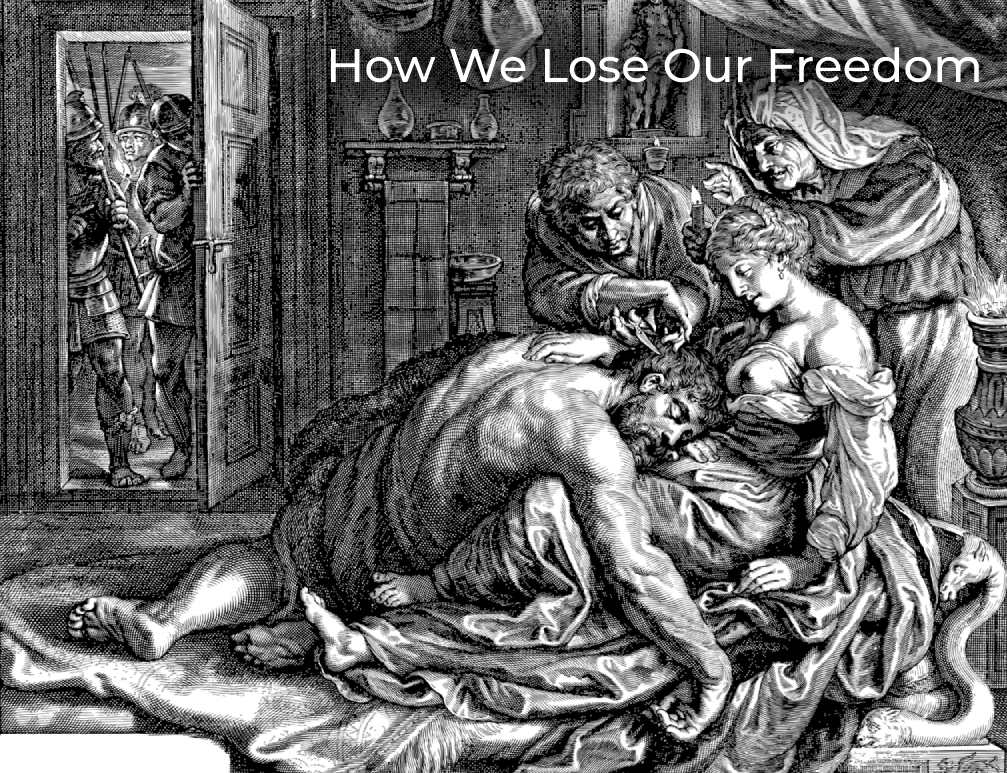 “Stand fast therefore in the liberty wherewith Christ hath made us free, and be not entangled again with the yoke of bondage.”
– Galatians 5:1 [KJV]

Last night, I was at a Bible study, and the pastor mentioned Galatians 5:1 concerning how we, as born-again Christians, can be trapped in bondage. Too often, believers think that just because they’re free in Christ, they can do anything in the world they want. God set us free to avoid sin, not indulge in it. When we sin willfully and habitually, we are telling God that His grace is not good enough. We make other people around us question whether God exists when we live like heathens but profess Jesus.

“What shall we say then? Shall we continue in sin, that grace may abound? 2 God forbid. How shall we, that are dead to sin, live any longer therein?”
– Romans 6:1 [KJV]

During the Bible study, the pastor used the analogy of a man who went to prison. When a person gets locked up, he or she loses their right to live in society because of the actions that person committed. Sin can feel good at the moment, but the consequences can be deadly. We can lose the things we take for granted by our foolish choices. Just because God saved and forgave us doesn’t mean He’s going to allow us to live irresponsibly. God wants us to be wise but also not let the wisdom of the world corrupt us. We want to make sure the things we do, the things we say, and the people we hang out with are conducive to our walk with Jesus.

A perfect example of someone who lost their freedom by making poor choices is Samson. Samson was known for having long hair. He was very attractive in his day, and his hair represented his strength. He was the man every woman wanted to be with. When Deliah lay with Samson, she convinced him to cut his hair, causing him to get sick to death:

God wants us to avoid temptation at all costs so that we can enjoy the freedom He granted us.

Visit Mario Walker's Bio Page.
Previous
Should We Censor Other People?
Next
Don't Be Too Close-Minded For God