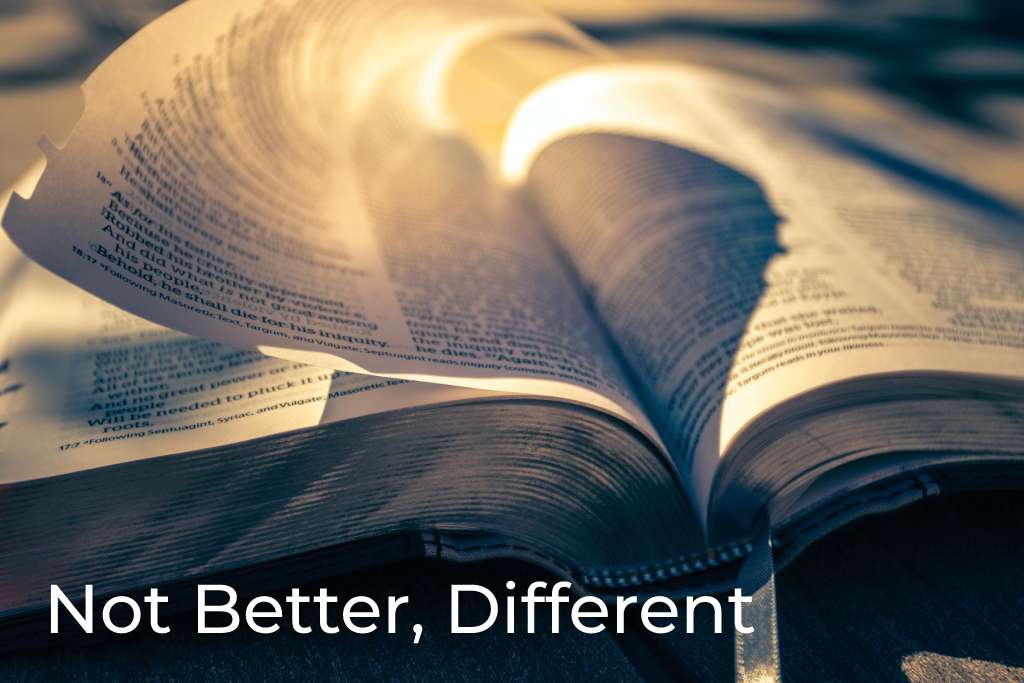 It is noble for a man to desire to be better than he is currently. Too often, we settle for minor improvements in ourselves and reason we’ve done enough change by virtue of our past behavior; however, this isn’t enough. It’s commendable, I say, for a man to seek to be better, for this man recognizes that personal development is necessary for his life. How many people have you come across that seem oblivious to their poor manners or bad character? They can notice the need for others to improve their attitude and personality but are blind to their shortcomings. So it’s good to desire change and requests others to pray that you can become a better person, but unfortunately, this isn’t the proper prayer.

It may shock you, but God isn’t interested in making you a better version of yourself. He has already created you with your particular peculiarities and quirks, enough to set you apart from everyone in the world. Being “better” doesn’t quite cut the mustard as far as God is concerned because inherent in that desire is a dormant denial of the proper standard. If we’re honest, we’ve encountered individuals with improper qualities, and when we get a whiff of that quality in our lives, we detest it and seek to be better by comparison. The proof of this mindset is seen when a person says, “I don’t do what so and so the person does,” or “Some people do things like this but not me.” This is the same attitude the Pharisee had as he thanked God that he wasn’t like that publican. However, in proper posture, the publican asked for mercy because he was a sinner. The humble publican didn’t compare himself to others or seek some subjective goodness in contrast to his neighbors. No, he realized he didn’t need to be better, but he needed to be different.

And this is why God isn’t as concerned with making us better, but rather, He wants to make us like Himself! This is the consummation of the gospel and the sacrifice Christ made on Calvary; God remakes us to be like His Son! This is the blessed work of the Holy Spirit in our hearts and the destination of our sojourn as pilgrims; we bear the image of Him who bore our image on the cross. Rightly, the Scripture declares, “If any man be in Christ he is a new creature.” Thank God it didn’t say a better creature but something drastically different. Therefore, if you find yourself praying, “Lord, make me a better person,” stop. Instead, intreat the mercies and grace of God to make you more like Him; more like His Son, our blessed redeemer, who, as the Son of God, came unto the sons of men to make them sons of God.