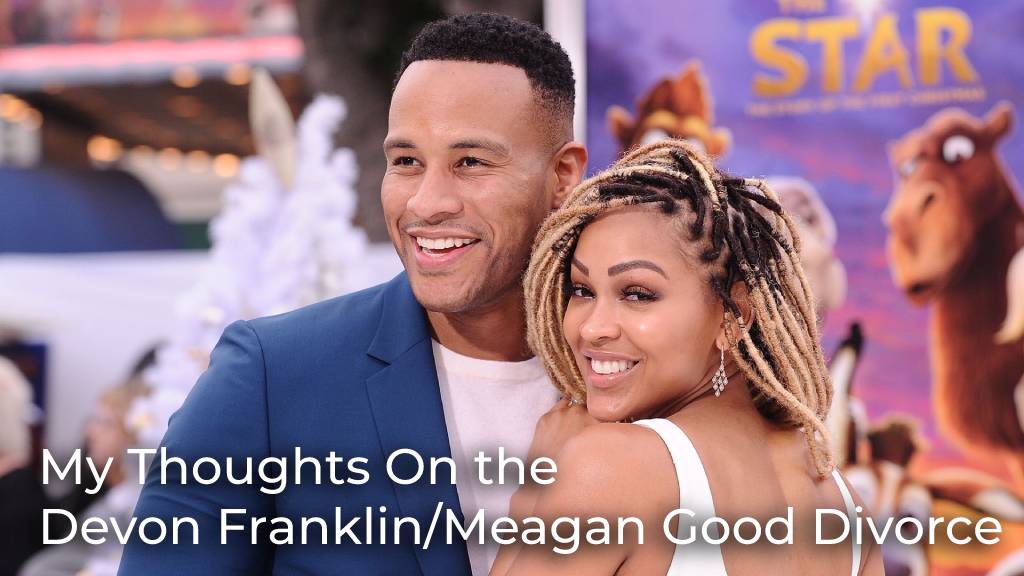 If you haven’t been paying attention to the Christian media lately, Christian pastor and Hollywood producer Devon Franklin has recently divorced his wife, actress Meagan Good, after years of feeling disconnected. Devon and Megan were wedded for 10 years, and they seem to be the model couple in Hollywood. Even though they both were Christians, they had two completely different personalities. Meagan was the more free-spirited, career-driven girl while Devon was the conservative pastor who happens to work in the entertainment industry. Devon felt like he had to defend his marriage more than enjoy it, so he decided to file for divorce.

Now that I laid the backstory behind the divorce. Let’s get into what The Bible has to say about divorce:

Those two verses tell us that divorce is not something that God wants, but there are other reasons why Christians may want to file for divorce such as domestic violence (unfortunately happens a lot in the church), one spouse abusing the child, or if one spouse becomes a practicing homosexual. Meagan and Devon never specified why they divorced, but judging by their fruit it seems they just grew tired of each other which is a dangerous trap.

God takes marriage very seriously. God commands that husbands love their wives like Christ loves the Church. Marriage is supposed to be a metaphor for God showing love and kindness toward his children. We can’t treat marriage as if it is just an emotional or temporary thing. Marriage is all about commitment, it’s dying to yourself and submitting to your spouse. Our culture treats marriage as a causal thing, but as Christians, we should intend to be with our spouse for the rest of our lives.

Visit Mario Walker's Bio Page.
Previous
Being A Good Testimony
Next
Are Millennials Leaving The Church?