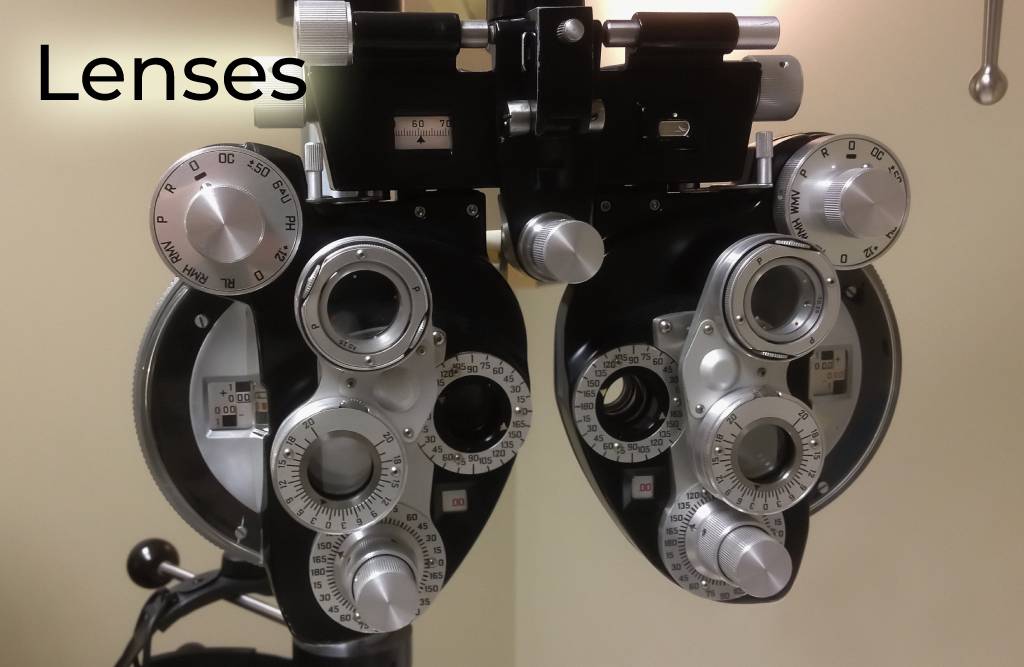 I had my annual eye exam the other day; you know where they put that giant, awkward machine-thing in front of your face, and you have to rest your chin on it? The optometrist flips through a series of lenses, trying to help you see as clearly as possible to narrow down where your vision is.

At the bottom of the exam wall chart was the letter B, but I swore that I saw it as an N. It was actually a B. My wife could see it clearly, but to me at the time, it was an “obvious” N. Even though it seemed apparent to me, I was wrong. It was the lens I was looking through that was throwing me off.

It’s like that sometimes when interpreting Scripture. Yesterday I heard someone quoting Ephesians 5:14 and commanding someone to be healed and saying, “…Wake up, O sleeper, rise from the dead and Christ will shine on you.”

This example I heard is such a gross misinterpretation of this passage. We have to read things in context. Ephesians Chapter 5 is all about righteous living and not having any greed or immorality in our lives and living in the light and not darkness, about which verse 14 is talking.

Scripture tells us if we are sick to call the church’s elders to pray for us (James 5:14). It is important to rightly divide the Word (2 Timothy 2:15). There is a massive amount of misunderstanding out there in the world – yes, even amongst some Christians inside of our churches – and often minimal effort to take Scripture in its proper context.

A couple of years ago, a man (who did not know I was a Christian at first) started witnessing to me. He was a Vietnamese man in his seventies and was previously a Buddhist monk for many years. This Vietnamese man told me his American name was “Joshua” and how he was so depressed and feeling empty inside, even as a monk. Joshua had “peace” and “serenity,” but a more profound meaning was lacking from his life.

Joshua talked to another man about it one day, and this man questioned Joshua on whether or not he had ever read the Bible. He said he had not and didn’t know much about it. The man soon gave him a Bible, and Joshua just dived into it on his own. He exclaimed that all of a sudden, life started to make sense.

Joshua was slightly confused by the Old Testament, so he skipped forward to the New Testament and kept reading. Joshua was getting teary-eyed when he started telling me how he couldn’t believe that Jesus would die for him and love him like that. Needless to say, I got choked up too. I did tell him that I shared the same saving faith in Christ. It was incredible. I felt a little “envious,” for lack of a better word, of how Joshua was able to know Jesus and His Word with no outside influences or personalities steering him in one direction or another. He just simply read the Bible.

So much of how we think is influenced by what others have told us. Back to the whole eye lens thing; consider that you might be seeing an N when it is a B. Don’t be comfortable with easy, cushy, “Americanized” Christianity. Read things that are in Scripture in context. Investigate the entire paragraph and passage it comes from – study, study, study. Rightly divide. Be fed on what God says in His Word as a whole. Be more loyal to God and His Truth than to people. People, even when they are well-meaning, can get it wrong.