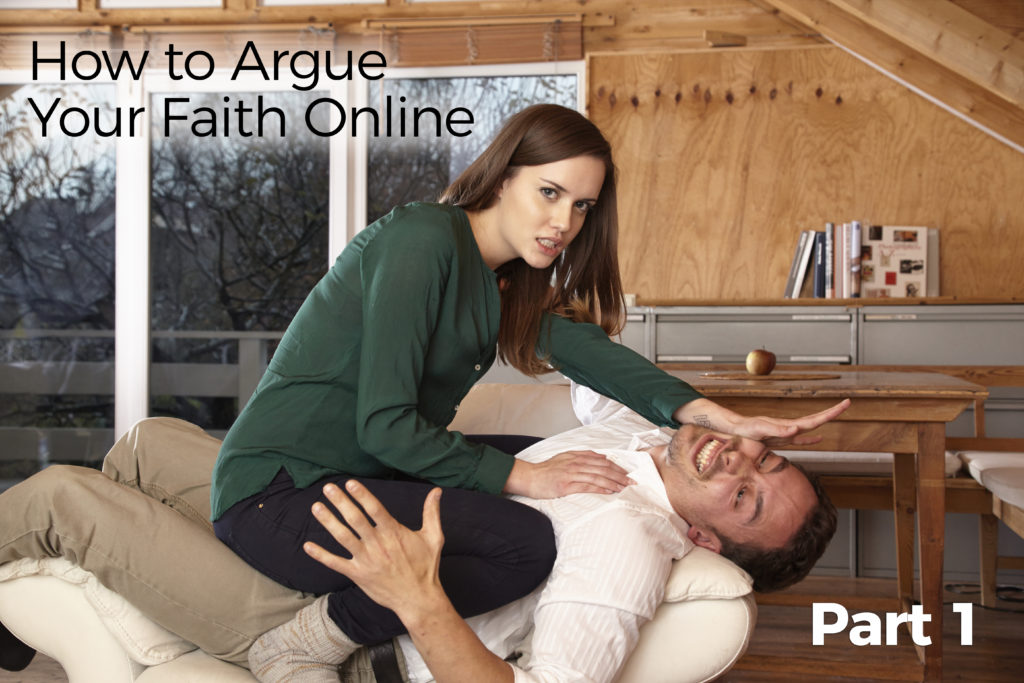 Don’t let your defense of Christianity turn into this!

“But sanctify Christ as Lord in your hearts, always being ready to make a defense to everyone who asks you to give an account for the hope that is in you, yet with gentleness and reverence.” – 1 Peter 3:15

Spreading the Gospel of Jesus Christ is our mandate as Christ followers (Matthew 28:19). In doing so, we inevitably will encounter people countering our beliefs in many different forms – other religions and belief systems, false versions of Christianity and atheism, to name just a few. The Bible even instructs us to counter arguments against Biblical Christianity (2 Corinthians 10:5; 2 Timothy 4:1-5; Titus 1:9).

Many of you know that every day, tens of thousands of highly passionate religious battles break out on online forums, on social media sites, and in comments sections. After reading a few that make your blood boil, you may be tempted to dive into the fray yourself and throw down a few pro-Jesus comments yourself.

But what is the best tact to take for this? How do we as believers best stand a chance against the growing numbers of skeptics and trolls who constantly bombard our side with flaming arrows, trying to discredit Christ and the Bible? I’ve come up with several good strategies with which to arm ourselves.

1. Don’t Engage in Arguments to Begin With

Really. Just don’t. Quite often, to undertake a heated debate with someone can prove be a lost cause.

Why? It’s not because we’re not supposed to engage the enemy and defend the faith. The fact is, in many instances, unbelievers have already made up their minds. Some non-Christians may have twisted a few Bible verses ridiculously out of context for their own selfish purposes. They can be full of venom and hatred and are fueled completely by their blind rage. Or, they can be downright trollish and attempt to drag you down to their levels of nonsense for their own entertainment. It can be a monumental waste of time and a fruitless pursuit.

It’s easy to get sucked into having a bad argument with somebody, but the Bible warns us against speaking to such people – it even calls them “fools” (Psalm 14:1 states, “The fool says in his heart, ‘There is no God'”).

The Book of Proverbs is crammed full of warnings against fools:

“The fear of the LORD is the beginning of knowledge, but fools despise wisdom and instruction.” – Proverbs 1:7 (NIV)

“If a wise man has an argument with a fool, the fool only rages and laughs, and there is no quiet.” – Proverbs 29:9 (ESV)

“Do not answer a fool according to his folly, or you yourself will be just like him.” – Proverbs 26:4 (NIV)

“Leave the presence of a fool, for there you do not meet words of knowledge. The wisdom of the prudent is to discern his way, but the folly of fools is deceiving. Fools mock at the guilt offering, but the upright enjoy acceptance.” – Proverbs 14:7-9

With this in mind, pick your battles prayerfully, wisely and tactfully, and chances are you’ll be less likely to get involved in a drawn-out mess that you would have haphazardly jumped into previously. You may even have more of a chance of winning a soul!

2. Be Well-Versed in Scripture

I cannot stress how important this point is. You’ve got to know the Word of God! It is one of the primary offensive weapons and defensive shields we have against the forces of evil. Take a look at the Armor of God in Ephesians 6:10-18 and see how much Scripture can contribute to you winning when spiritual war is waged on you.

Even Jesus Himself used the Word of God when countering Satan. Take a look at Matthew 4:4-11. With every temptatious attack the devil fired upon Him, Christ threw up a rock-solid defense of “it is written…” followed by a Scripture passage from the Old Testament.

If you don’t know what the Bible says about a topic, then now’s the time to start digging it the Word and soaking it up like a sponge. Commit verses to memory. Make sure whatever verses that you read are interpreted in the proper context of surrounding passages, along with other places in the Bible where the subject matter is mentioned. That way, you will have a well-rounded view and sound doctrine.

3. Pray for God’s Guidance through the Holy Spirit

Before He ascended to heaven, Jesus informed His followers that He was Sending the Holy Spirit to help, teach and guide all those who believe in Him (John 14:26; John 16:7; Acts 1:5). Continual prayer and surrender to the Holy Spirit will give you wisdom, guidance and right temperance in all of our endeavors, including sharing and defending the faith. In the Armor of God listing in Ephesians 6:17, Paul says that The Word is the “Sword of the Spirit,” so both Scripture and the Holy Spirit work as one as we combat the evil thoughts of this world.

The Holy Spirit will never contradict the Bible. And even though we are to be “proclaiming the kingdom of God and teaching about the Lord Jesus Christ with all boldness and without hindrance” (Acts 28:31), the Spirit will never urge you to do anything or act in a way that is not behooving towards God or Jesus Christ. And submission to the Spirit always produces these fruit: love, joy, peace, forbearance, kindness, goodness, faithfulness, gentleness and self-control. (Galatians 5:22-23)

4. Make Sure You’re Educated and Up-To-Date on the Subject Matter

I can’t tell you how many times I’ve seen Christians try to argue some point online and get tripped up on some detail that they didn’t know about. It can be scientific matters, historical information, contemporary happenings, political bickerings or logical stats that they’ve flubbed up. Or…sigh…when they instead choose to get their info from a meme picture on Facebook with zero verifiable facts.

This can be avoided by doing research at least a moderate amount of research. Fire up Google. Look it up on Snopes.com. Find peer-reviewed papers on the subject. Go beyond a few heavily-biased blogs or Facebook groups for knowledge. Look it up in an encyclopedia. Ask legitimate experts in that field. 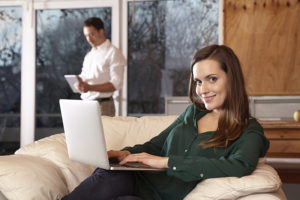 The point is, there are already so many verifiable facts and truths about the person of Jesus Christ, the Bible and its doctrine, and the existence of God that we don’t need additional ammunition filled with silly falsehoods to make our case. Truth and logic are on our side. Let’s not promote the garbage and the lies any longer. Stop now. Yes, this means YOU! Make sure everything we type out is based in unshakable truth.

5. Use Your Head and Be Cautious

In addition to all of the aforementioned tips, just use Godly wisdom and good common sense. Watch what you say, and pay careful attention to what arguments others are putting forth. Be kind, courteous and talk respectfully. Have you ever had to speak for a company you worked for, where you’ve had to delicately and scrupulously plan out each word for fear of being misrepresenting the business? A similar tact should apply here. You’re speaking for the King of Kings, so a sloppy, loose-cannon, “type out whatever comes to your head” approach ain’t gonna cut the mustard, and can end up making you and Christianity look bad.

There are more tips for sharing your faith coming soon, including using Christian Apologetics, becoming a grammar nerd, proofreading, using love, and more.

Previous
The Bible Inspirations Project
Next
How to Argue Your Faith Online, Part Two