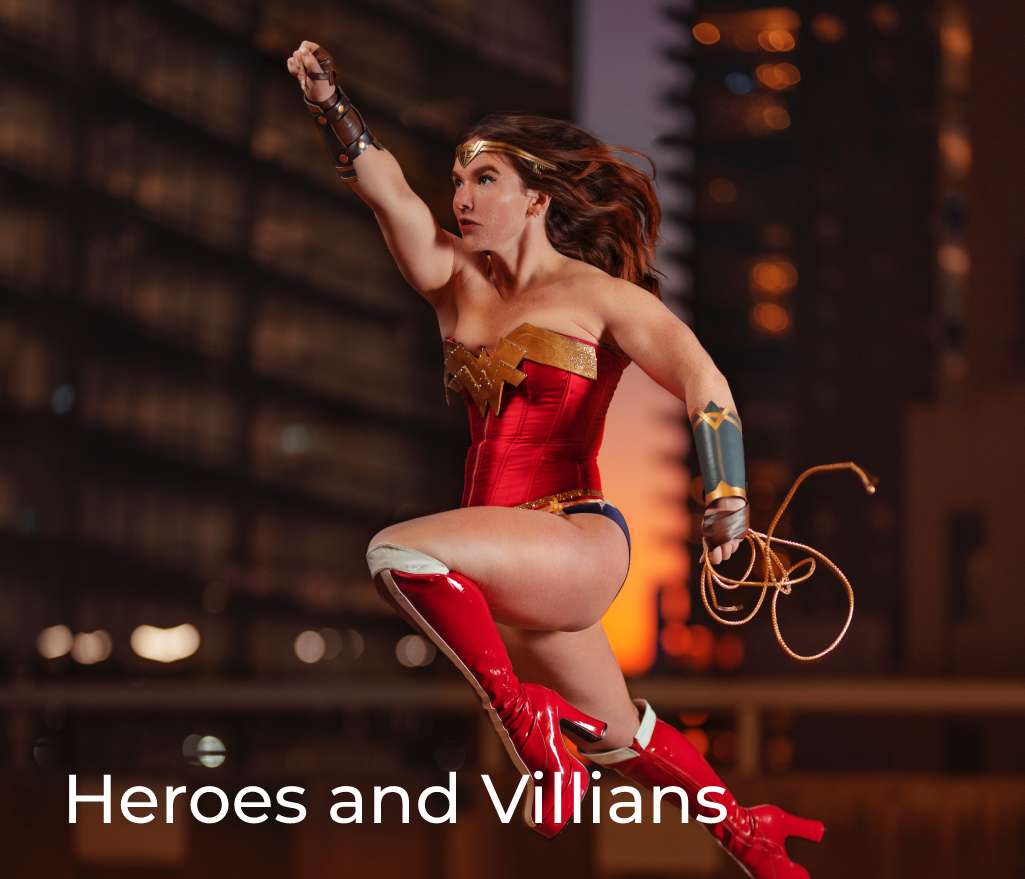 We love reading big, bold, brave tales about good guys and bad guys. We see heroes as these guys who had to overcome all odds while living a life of virtue and integrity. Villains are these bad guys trying to stop the good guys from winning at any cost. If you look deeper into the hero’s life, you’ll find that even the good guys have character flaws. Historical greats like Martin Luther King, Abraham Lincoln, and even King David had personal struggles that would qualify them as villains.

Heroes aren’t perfect people. A great hero is going to have a flaw or limitation that’s relatable to the audience, but the flaw won’t be a huge detriment to their overall character.

How does this relate to us as Christians? As believers, we like to think of ourselves as the hero of our own journey, but if we’re being honest we were actually the villain of our stories. We were all sinful, rebellious people that were bound for Hell. The only thing we have going for us that would make us virtuous in God’s eyes is our relationship with Jesus and receiving His righteousness through the cross.

When we look at the biblical heroes, we see them as these courageous men and women who stood for the faith against all odds. These men and women also had a dark side. Job was a man who was considered perfect in God’s eyes, but when God gave him leprosy, he became angry and bitter toward God. Abraham (known as the father of the faith) lied about Sarah being his wife by saying she was his sister, not in one but in two different Bible stories!

We often like to put unsaved people in the “villain “category. Or we often consider Christians from different domination as an enemy. The truth is, that we all are jacked up at the end of the day. A person can have solid and extensive theology but be a terrible spouse or a selfish, neglecting person. On the flip side, someone can know basic theology but be a great humanitarian. Sometimes we can be the anti-hero where we can do “good” out of our own selfishness.

When you get right down to it, only one truth remains. Jesus is the only true Hero in the life of a believer. He is the only Man who can remain altruistic while taking on a life of complete hardship. We often are hard on Peter for lying to Jesus when he was asked about knowing Him. If we’re being honest, many of us deny Jesus in the small things. It’s easy to say we will sacrifice our whole lives for Christ when we’re young and don’t have much responsibility, but when we get into the real world and have to pay our own bills, then it gets challenging. We start to realize that ministry is a luxury for most people.

My point is that be careful how you judge people who do things we may disagree with. It’s alright to have a healthy disagreement on secondary doctrinal issues, but let’s not be so quick to vilify another Christian just because he votes for a politician, or that he doesn’t align with your particular views on Calvinism or Arminianism. As long as we can agree on the basic essentials of Christianity, then we should treat each other as brothers or sisters in the family of Christ.