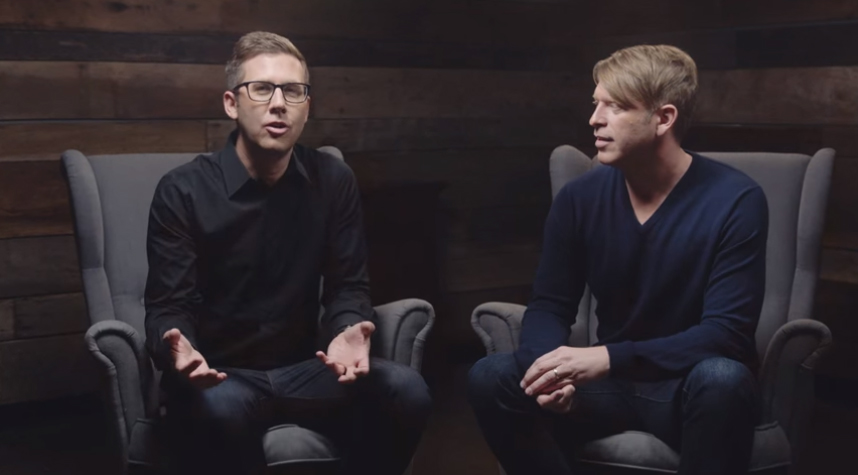 Let’s face a sobering fact: We as followers of Jesus now dwell in a post-Christian world. In Western society, we are no longer the majority, therefore when it comes to related sociological constructs such as marriage, sex, politics, and morality in general, Christians – especially those of us in America – are losing the influence we once had in decades past.

So how are we as believers supposed to interact in society that’s exponentially growing and promoting things that are the antithesis of Christian thought and Christian values? This blazingly wonderful and crucial concept is definitely begging for more coverage in books and sermons.

David Kinnaman and Gabe Lyons try to tackle this matter in their book “Good Faith: Being a Christian When Society Thinks You’re Irrelevant and Extreme.” The authors perform a terrific job of opening the case that Christians need to step up and confront the world with Christ-like love. 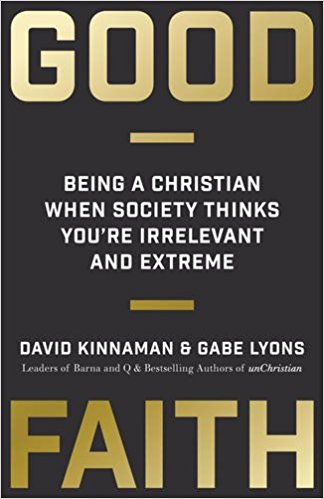 Kinnaman and Lyons also lay out some sobering data based on their research and show that this ain’t your grandparents’ church-lovin’ world we live in. It’s a culture where the idea of a God or morals really don’t matter too much to Gen Xers and Millennials (I really do dislike those terms, but still use them for argument’s sake), and anything we say that challenges their moral relativism is “bigoted.” What are we to do then?

The main thrust of “Good Faith” is, like I already stated, to love one another, which all of us believers are guilty of not doing enough of. To love, love, love as Jesus did cannot be overstated or put into practice enough. There’s a simple formula for self-evaluating how we are as Christians: How well we love + What we believe + How we live = Good Faith. I really cannot find fault in that.

Yet at times this book treads much too close on the slippery slope of liberal theology, especially when it comes to racism and homosexuality. This books’ authors are WAY too lenient towards the act and the motivations behind homosexuality, to the point where they encourage Christian bakers to make cakes for gay couples just for the sake of making friends. Jesus wants us to love everyone with all of our hearts (even gays), but not at the expense of advocating sin! Christ said, “go and sin no more,” not, “congrats on your gay marriage! Please, why don’t you be my friend?” Let the reader beware.

When it comes to racism, it goes without saying that it’s always a hot-button issue that neither opposing side will ever feel like they’re given enough microphone time, so I understand that no matter what tact you take with it, someone is always going to complain that “their” side is mis- or under-represented.

That having been said, Kinnaman and Lyons take the resurgent black vs. white race controversy as a whole, include a few individual explosive examples of why this topic is in the forefront of the news, such as the Michael Brown case and verdict, and heave virtually all of the accused racism on the shoulders of white evangelicals. Sigh. For once, how about not instantly pointing the finger at Caucasians as being racist, when the vast majority of us are not? This whole attitude of “accuse first, open up conversations with us later” is very disheartening.

Other times, Kinnaman and Lyons do an admirable job urging Christians not to conform to the world’s standards (or lack thereof) when it comes to God’s plan for sexual intimacy through marriage and building up households of faith.

The authors’ writing style is clear and often Biblical in doctrine without meandering too much, although they love to name drop and boast a bit (their stories involving people like Oprah Winfrey and President Obama really weren’t needed to heighten any impact of the overall message).

In conclusion, I would have to say that “Good Faith” and its subject matter was a necessary book to write, but I would have liked someone other than David Kinnaman and Gabe Lyons to pen it. There are nuggets of good truth representing good faith in here, but the reader has to crawl through too many treacherous and distracting mine tunnels to get to it.

Previous
Don't Believe in Yourself...Seriously!
Next
How Much Should We Revere God's Word, and Should…