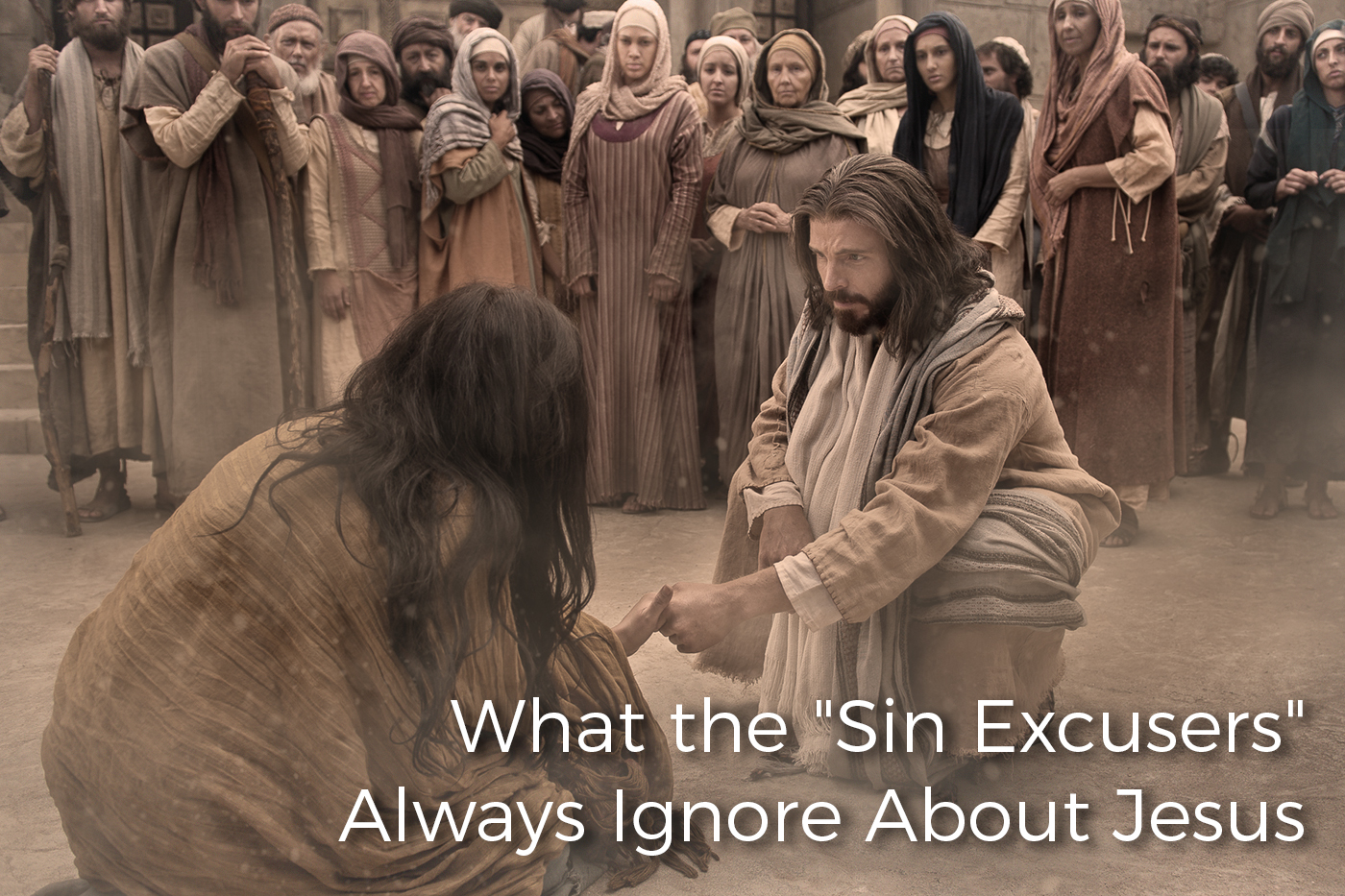 As Christians, we are truly blessed beyond comprehension that God the Father has made a way for us to be forgiven of all of our wrongdoings, thereby allowing us to come into His holy presence because of the death and resurrection of His Son, Jesus Christ.  Romans 3:23 declares, “for all have sinned and fall short of the glory of God,” and that means that me, you, and everyone else on the face of the planet have sinned.

Yep, you heard that right…EVERYONE who has ever lived has sinned. Not only the “evil people” like Adolf Hitler and Osama Bin Laden, but every “regular” Joes and Sallys like me and you, and even folks many in society consider to be “good,” respected and upright like Mother Teresa, Mahatma Gandhi and Billy Graham have all sinned (Romans 5:12–19). Only Jesus of Nazareth, the perfect God-man, was born without sin (Hebrews 4:15, 1 Peter 1:18–19).

It is only by accepting the unmerited gift of grace (Ephesians 2:8-9) of God through believing in Jesus (John 3:16-18) that we are saved. We can’t work towards it, and we are unequivocally incapable of being holy enough by our own efforts.

But there’s a dangerous belief that both the hyper-grace crowd and those who advocate a “live and let live” lifestyle (a group of people who I dub “sin excusers”) both brandish about. It’s the idea that Jesus is nothing but a loving Savior (that is partially true), who bids all to come to Him (also partially true), yet He accepts and celebrates all manner of lifestyle choices after being saved. These misguided people usually trot out a completely out-of-context Matthew 7:1 (“Do not judge, or you too will be judged”) and try to shout down anyone who says otherwise.

Sin excusers paint a picture of Jesus as some sort of peaceful guru who, if He were to physically show up in 21st-Century America, would casually stroll in a bar and have a few beers, walk into a brothel and chill with the prostitutes, or pop up at a gay wedding and celebrate the festivities. To them, He would just pat everyone on the back, tell them to keep up the good work, and then spout off a few meme-like reminders to love everyone as He moseyed on out at the end of the night.

The historical and Biblical Jesus, on the other hand, is a much different Messiah than this.

After this, Jesus went out and saw a tax collector by the name of Levi sitting at his tax booth. “Follow me,” Jesus said to him, and Levi got up, left everything and followed Him.

Then Levi held a great banquet for Jesus at his house, and a large crowd of tax collectors and others were eating with them. But the Pharisees and the teachers of the law who belonged to their sect complained to his disciples, “Why do you eat and drink with tax collectors and sinners?”

Jesus answered them, “It is not the healthy who need a doctor, but the sick. I have not come to call the righteous, but sinners to repentance.“

And here is the story of the adulterous woman; this one is found in John 8:1-11:

…Jesus went to the Mount of Olives.

At dawn He appeared again in the temple courts, where all the people gathered around Him, and he sat down to teach them. The teachers of the law and the Pharisees brought in a woman caught in adultery. They made her stand before the group and said to Jesus, “Teacher, this woman was caught in the act of adultery. In the Law Moses commanded us to stone such women. Now what do you say?” They were using this question as a trap, in order to have a basis for accusing Him.

But Jesus bent down and started to write on the ground with his finger. When they kept on questioning Him, He straightened up and said to them, “Let any one of you who is without sin be the first to throw a stone at her.” Again he stooped down and wrote on the ground.

At this, those who heard began to go away one at a time, the older ones first, until only Jesus was left, with the woman still standing there. Jesus straightened up and asked her, “Woman, where are they? Has no one condemned you?”

“Then neither do I condemn you,” Jesus declared. “Go now and leave your life of sin.“

Notice something similar in those two accounts? Jesus loves and accepts people who come from the most unsavory of backgrounds (Matthew Levi being a tax collector, a profession regarded in Biblical times as reviled and evil, and the woman being a committer of heinous sexual sin). Yet He commanded full repentance from a previous life of sin from His followers.

Elsewhere in the New Testament, Jesus Christ isn’t shown as a namby-pamby, love-only Savior. Another example, this time in the Book of Revelation, Jesus appeared before John the Apostle and instructed His disciple to write down directives to the seven churches of Asia Minor (which is now modern-day Turkey). In these seven messages, the Lord Jesus rebuked five of the churches and demanded repentance from them (Revelation 2:4, Revelation 2:16, Revelation 2:20; Revelation 3:3, Revelation 3:15–19).

As believers, we are called to be set apart from the world and no longer engage in habitual sin. Holiness is the goal to obtain through God. As 1 Peter 1:14-16 asserts: “As obedient children, do not conform to the evil desires you had when you lived in ignorance. But just as He who called you is holy, so be holy in all you do; for it is written: ‘Be holy, because I am holy.'”

The Apostle Paul concisely but eloquently states in Romans 6:11: “In the same way, count yourselves dead to sin but alive to God in Christ Jesus.”

The Biblical Jesus Christ is Calling All of Us to Repentance

Jesus loves you. He wants you to come just as you are and depend on Him; to trust in Him with every fiber of your being. But in doing so, He wants to change you for the better. He wants you to turn away from your old ways.  He is reaching out to you, desiring to give you a life far more abundant than you could ever have by staying in the stifling, suffocating life of being a slave to sin.

Previous
You Must Unlearn What You Have Learned
Next
Guess What? Prayer and the Christian Life Isn't…