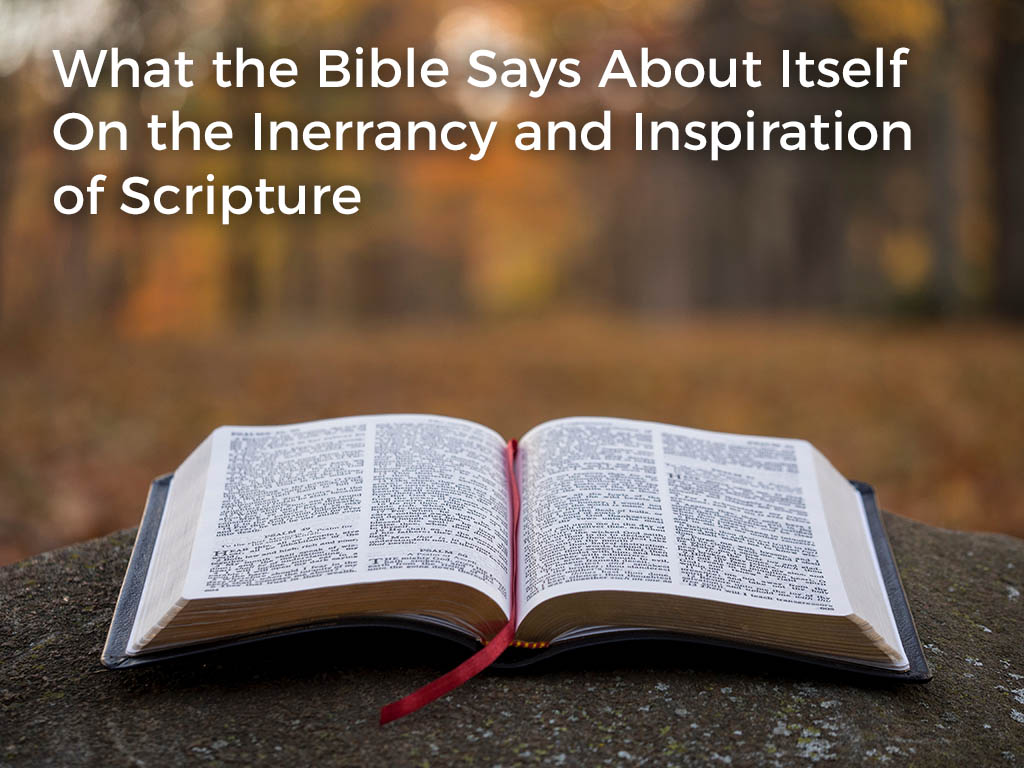 The Bible is the Word of God and is totally inerrant, infallible, inspired, truthful, eternal, sufficient, and authoritative. Even though they were initially written by men, the original autographs of the sixty-six books of Scripture are “God-breathed” by the Holy Spirit and are true in all things and perform, declare, and function, with the authority of the Lord’s own words.

Now, I’m not going to argue from the Bible itself that the Bible is the genuine Word of God. That would be circular reasoning, and there are other means of proving Scripture to be genuinely inspired, which we will get into another time.

However, with this post, I will state what the Bible says about itself in regard to its perfection, inerrancy, and its inspiration.

As you read through these, take a look at each verse.

Read it, reread it, and slowly take it in and see what it’s purporting to claim about the nature of the Word of God.

The Perfection, Inerrancy, and Eternality of Scripture

“The Words of the Lord are pure words,
like silver refined in a furnace on the ground,
purified seven times.”
– Psalm 12:6 [ESV]

“For the Word of God is living and active, sharper than any two-edged sword, piercing to the division of soul and of spirit, of joints and of marrow, and discerning the thoughts and intentions of the heart.”
– Hebrews 4:16 [ESV]

“The grass withers, the flower fades,
but the Word of our God will stand forever.”
– Isaiah 40:8 [ESV]

The Inspiration of Scripture 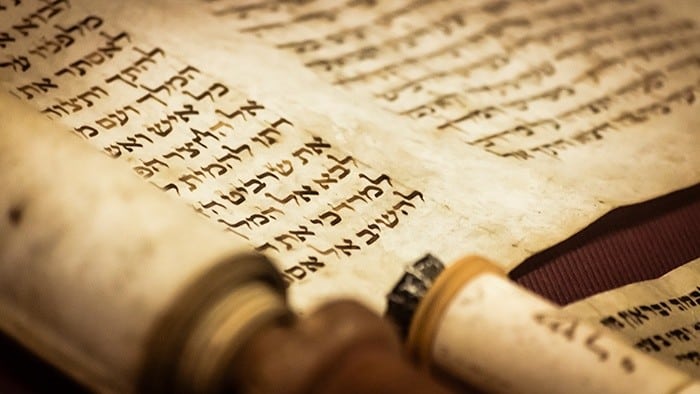 The following are most of the verses concerning the inspiration of the Bible as being directly given by God by the Holy Spirit. These examples are in the New Testament.

When it comes to the Old Testament, there are literally hundreds of instances where God has given direct commands and statements to prophets and authors, many of them in some form of “thus says the LORD.”

The First Century Jews believed that the three divisions of Scripture, the Law, the Prophets, and the Writings, were all the clear, inspired Word of God. Therefore, Jesus and the early disciples believed this as well.

Jesus quoted the Old Testament 78 times, and the Pentateuch (AKA the first five books of Moses, or the Law) alone 26 times.

Jesus referred to the Old Testament as “the Scriptures,” “the Word of God,” and “the wisdom of God.” For instance, when fighting Satan in the Temptation in the Wilderness, Jesus used verses from the Pentateuch, and while quoting it, He claimed that they were the very words of God (Matthew 4:4).

The Apostles quoted 209 times from the Old Testament.

The Old Testament was quoted a total of 287 times in the New Testament.

“All Scripture is breathed out by God and profitable for teaching, for reproof, for correction, and for training in righteousness, so that the servant of God may be thoroughly equipped for every good work.”
– 2 Timothy 3:16-17 [ESV]

“Knowing this first of all, that no prophecy of Scripture comes from someone’s own interpretation. For no prophecy was ever produced by the will of man, but men spoke from God as they were carried along by the Holy Spirit.”
– 1 Peter 1:20-21 [ESV]

Peter claimed that the Holy Spirit used King David to write the Psalms:

“Brethren, the Scripture had to be fulfilled, which the Holy Spirit foretold by the mouth of David concerning Judas, who became a guide to those who arrested Jesus.”
– Acts 1:16 [ESV]

Jesus made the same assertion of David and the Psalms as being Holy Spirit-inspired:

Regarding what the Apostles would write about Him in the Gospels, Jesus said…

“But the Helper, the Holy Spirit, whom the Father will send in My name, He will teach you all things and bring to your remembrance all that I have said to you.”
– John 14:26 [ESV]

A statement from Jesus on the Holy Spirit guiding the Apostles in their first apostolic missions in the 1st Century AD, as possibly in them crafting the books of the New Testament:

“When the Spirit of truth comes, he will guide you into all the truth, for he will not speak on his own authority, but whatever he hears he will speak, and he will declare to you the things that are to come.”
– John 16:13 [ESV]

Peter called Paul’s writings “Scripture,” putting them on par with the Old Testament (plus the New Testament writings):

“as he [Paul] does in all his letters when he speaks in them of these matters. There are some things in them that are hard to understand, which the ignorant and unstable twist to their own destruction, as they do the other Scriptures.”
– 2 Peter 3:16 [ESV]

Paul quoted both Deuteronomy 25:4 (the “muzzle an ox” statement) and Luke 10:7 (the words of Jesus in saying, “The laborer deserves his wages”), stating that they were both “Scripture.” This is the Apostle’s “stamp of approval” on the Gospels as being the Word of God:

And the Apostle Paul said of his own writings:

“And we impart this in words not taught by human wisdom but taught by the Spirit, interpreting spiritual truths to those who are spiritual.”
– 1 Colossians 2:13 [ESV]

Paul claimed that the Holy Spirit has taught him things, which he wrote. Three examples…

“Now the Spirit expressly says that in later times some will depart from the faith by devoting themselves to deceitful spirits and teachings of demons,”
– 1 Timothy 4:1 [ESV]

…and he gave a command directly from the Lord regarding marriage:

“To the married I give this charge (not I, but the Lord): the wife should not separate from her husband”
1 Corinthians 7:10 [ESV]

And again to the Church of Corinth:

“If anyone thinks that he is a prophet, or spiritual, he should acknowledge that the things I am writing to you are a command of the Lord.”
– 1 Corinthians 14:37 [ESV]

The writer of Hebrews claims the Holy Spirit was dictating to him what to write:

Previous
Build Your Own Bible: What is My "Dream Bible"?
Next
Showing Empathy as Christians