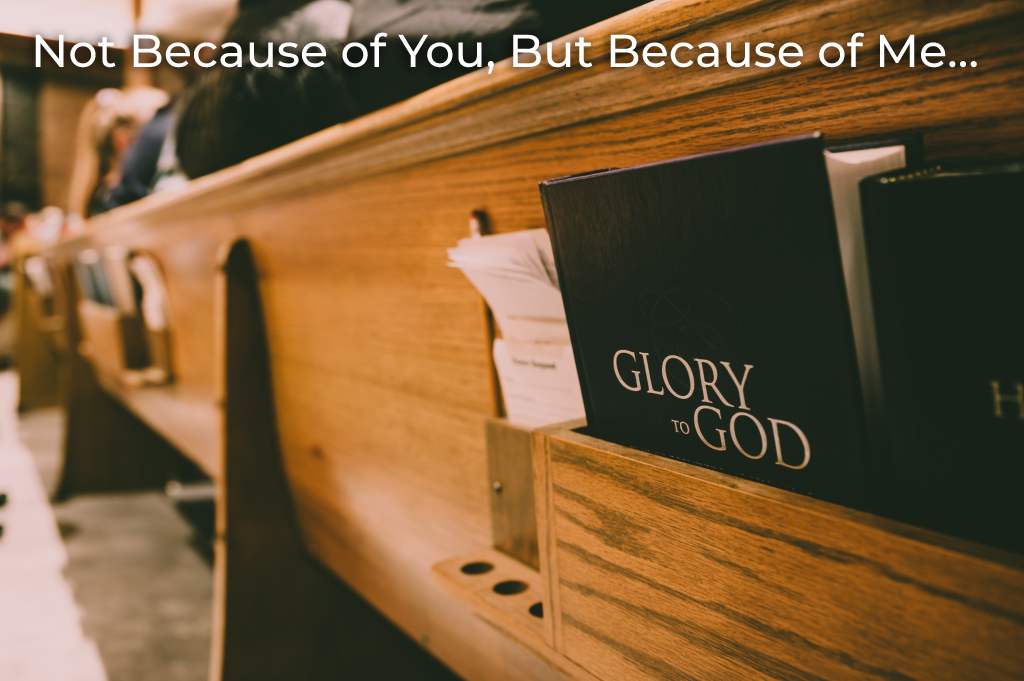 “Because I, Yahweh, have not changed, you descendants of Jacob have not been destroyed.”
– Malachi 3:6 [HCSB]

Some of us have seen the image of the “Self-Made Man.” An artistic depiction of accomplishment in the form of a sculpture that shows a man forging his image from an indistinguishable mass of shapeless stone. A person can easily get lost in the carvings of this beautiful display of art and forget to question where or who gave this “self-made man” the tools to shape himself. Perhaps you know someone that embodies this characteristic and portrays themselves as a person without needing the assistance of anyone. Individuals with too high an opinion about themself have to undergo that humble realization that no one makes it on their own. We must beware of this kind of hubris and self-conceit. We are still here because of the grace and purpose that God has placed on our lives, and we would be wise in acknowledging that truth rather than going about it alone. Such was the case with the nation of Israel in the closing prophecy of Malachi before the period of silence that brought in the Messiah.

The nation of Israel, as a whole, had no cause to be proud. In fact, they were in decline as a nation; they had lapsed into moral depravity, worshiped false gods and deities, and refrained from proper religious practices. Again, they had no reason to delude themselves into thinking that by their strength and wisdom, they survived the outward captivity and tumults of war, nor the inward depravity and irreligious attitude. God makes it clear that He was the cause of their survival, and this was done in at least three ways, His providence, promises, and character.

It’s sad to report that Israel had changed their character and dedication to God at this time. They had grown to a place where they despised the offerings and sacrifices unto the Lord and, as such, became a people closer drawn to a secular society than a peculiar possession. However, remarkable in all this is that God had not changed in his providential dealings with the nation. He still chooses, despite their ways, to spiritually care for and oversee their livelihood. His aim is their well-being and overall good, regardless of their rejection of Him as their King and Master. This is not because of some inherent good inside of them but because of the promise made to their forefathers to secure their heritage within the surrounding nations of the world. Thankfully, God doesn’t promise haphazardly; when He promised Abraham that through him, all the nations of the world would become blessed, He meant it. Therefore, though God allowed judgments to happen to Israel because of their disobedience, He would still preserve a remnant based upon the nature of His promise and overall character. When we mention the character of God, we’re talking about His general nature and being, what He is at the core. Because God is eternal, His default characteristic is His unchangeableness or immutability. God can change His mind, but He cannot change His nature. What He is, is what He shall be because He doesn’t change. It makes Him the most trustworthy being in the cosmos and the history of the world. It would be unjust for God to make a promise to Abraham that caused him to uproot His entire life and face obstacles and danger if God didn’t uphold His end of the covenant. Therefore Israel, with all their years of turning and returning to God, only to turn away from Him again, could not force God to change His nature of His providential dealings with the nation based on the promise made to them and their forefathers. So God could say, “Because I, Yahweh, have not changed, you descendants of Jacob are not destroyed.”

What does this mean for us Christians of the 21st Century? I hope to evoke two responses. First, we should be grateful that we are not consumed though we have every right to be. God is a gracious God. Sometimes, we proudly attempt to make it on our own and through our own devices, only to be reminded we need God. And though, at that moment, when we didn’t faithfully depend on God, He graciously provided providential care. In this humility, we should be thankful that God is yet on our side and grateful that He’s committed to the covenant made to us. Secondly, this should inspire us to trust Him more dearly. Since He has shown that He is committed to us, shouldn’t we devote ourselves to Him more sacrificially? Does He not deserve our faith, obedience, and reliance as we try to navigate our lives? Wouldn’t it be better to confess that we aren’t self-made and that it is only in Him that we live and move and have our being? The Apostle Paul said it this way, “but by God’s grace I am what I am.” Remember, God, who works with and through us, brings blessings into our lives. It isn’t our faithfulness but His faithfulness. It isn’t our goodness, but His. God being God allows us the privilege of being His people, unworthy though we may be. However, understanding this privilege should cause us to seek to be worthy recipients of providence, promises, and unchanging character.

Visit Clarence E. Davis II's Bio Page.
Previous
Resting in God
Next
The Value Of Being In A Good Church