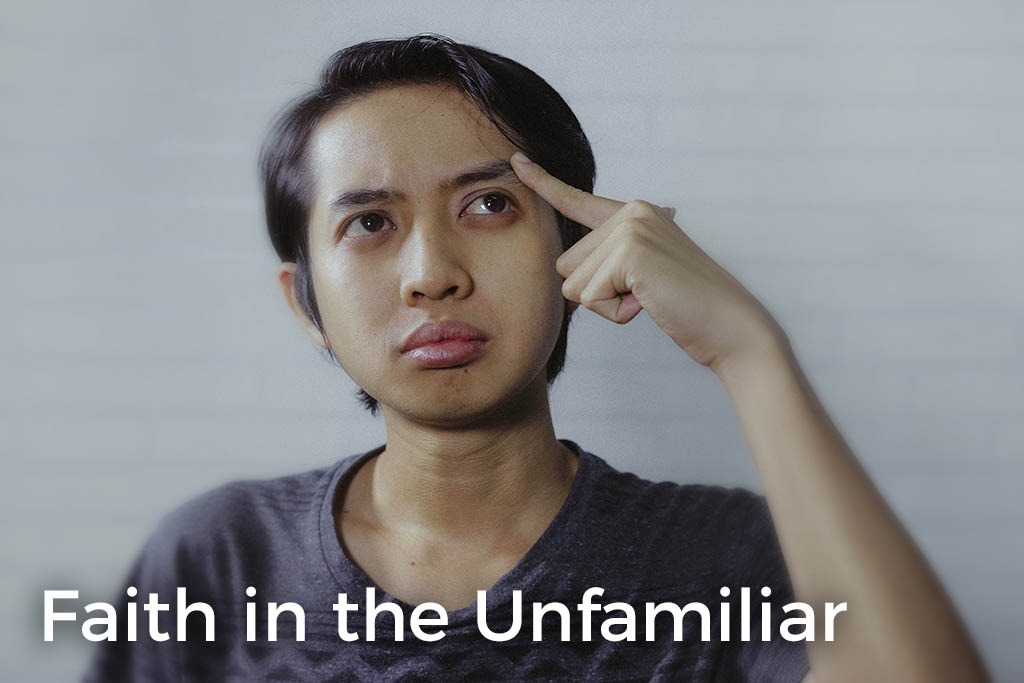 “Pharaoh drew near, the people of Israel lifted their eyes, and behold, the Egyptians were marching after them, and they feared greatly. And the people of Israel cried out to the Lord. They said to Moses, ‘Is it because there are no graves in Egypt that you have taken us away to die in the wilderness? What have you done to us in bringing us out of Egypt? Is not this what we said to you in Egypt: “Leave us alone that we may serve the Egyptians’? For it would have been better for us to serve the Egyptians than to die in the wilderness.”‘”
– Exodus 14:10-12

Before the consummate start of the year, a friend of mine challenged me to begin a program of reading the Bible in a year. I had never done this before and found the challenge intriguing. Aside from the many details and nuances that I discovered and often overlooked in a cursory reading, I was encouraged by noticing a trend of God’s dealings with the Patriarchs until Moses (where I am currently). You have Abraham, then Abram commissioned to leave his kindred that he was familiar with and set out for a land and dwelling place that God would show him. His obedience produced the offspring of Isaac, who had the unfamiliar task of blessing the younger child with the firstborn’s inheritance. This blessing led Jacob, the blessed younger son, to eventually leave this newly chosen land for him and his offspring to journey down into Egypt to protect his posterity from the famine drying up the resources in the ground. This chosen and called out group of people grew and expanded in Egypt, notwithstanding the sufferings of slavery to the new Pharoah. Now, we see Moses christened with the task of leading these people out of this familiar bondage back to the land God had given them.

If you’ve paid attention to my word usage, you’ve hopefully noticed the same trend I have, which is God leading his people with unfamiliar or unaccustomed means. God wasn’t using traditional routes or “usual” ways to establish, what would become, the nation of Israel. He used quite unconventional means to bring his will to pass. These dealings tell us a couple of things regarding God: He’s not restricted to doing things by the accepted not, and because He’s God, He can do what He wants to do. It is often men, in their humanity, that imposes human restrains and limitations upon the one whom “the heavens and the heaven of heavens can not contain.” It is our desire for normalcy that we gravitate and feel comfortable with what’s familiar, not reckoning that this comfort zone of the familiar may be holding us back from the more remarkable things from God.

As Christians who live by the Word, we have to remember that God’s “ways aren’t our ways, and his thoughts aren’t our thoughts, and therefore shouldn’t expect God to always operate in the realm of what we are used to experiencing. God is a creative being who wields artistry of immense proportions, thereby using creative forces to accomplish His expectations for our lives. I admit it’s jarring to reject what you see, dismiss what you’re acquainted with, and move in faith towards an uncharted path. However, this is the life of faith, and this path, though uncharted and unknown to us, is known to God, who knows the end from the beginning. Understandably so, it was difficult for the people of Israel to disconnect themselves from the familiar as their forefathers had to do and trust God, who seemingly led them into a trap. No one in the present company, including Moses, could’ve imagined that God would open the sea before them, lead them on dry to the other side, and crush the Egyptian army pursuing. And you, child of God, cannot imagine what God has in store for you; what doors He will open, what mountains He will bring low or valleys He will exalt to lead you to your promised land. Whatever you do, have faith in Him even if it’s unfamiliar because “eyes haven’t seen, ears haven’t heard, neither has it entered into the heart of man the things God has prepared for them that love Him.”