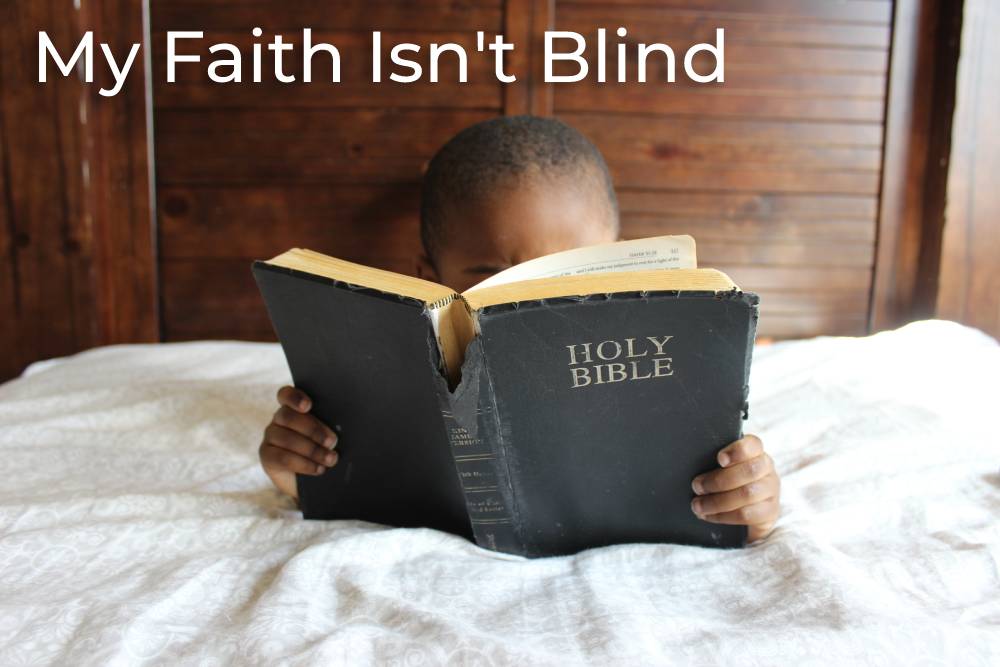 Now, one would ask from the previous post: What would give the mower the certainty needed to ensure he would not stumble or make errors in darkness? The answer is light. The Sun shining would give the mower all he needed to guarantee he didn’t miss a leaf. So in speaking about faith, many have the idea that faith is the opposite of sight because of the declaration that it is “evidenced in things not seen.” However, the contrary is true: faith is sight! It is said of Moses, “by faith…he endured, seeing Him who is invisible.” Faith sees! It sees God! As humans, we’re not able to fathom the wisdom of God in how He decides to do a thing and bring his promises to pass. Often we are in disarray, mentally, within the bounds of human reason, in trying to grasp or ascertain what God is doing. However, faith not hampered by human understanding or chained by mental acquisition pushes beyond these limitations and sees a God who cannot lie, and neither does He repent; a God who has sworn by His own “Godness” that He will bring what He says to pass.

This is a faith that knows no bounds. A limitless faith that while in our human frame may not grasp the totality of God’s working yet isn’t blind to the fact that He IS working. This is a faith, that though I may not be able to see, it sees because God Himself inspires it. Romans 10:17 states, “So then faith cometh by hearing, and hearing by the word of God.” My faith is produced by the very word of God and is therefore inextricably connected to Him. If He didn’t say it, I wouldn’t have any grounds to believe it or hold God to it, but because He said it; because he Promised, my faith has reason to obligate God to what He said. Therefore, beloved, we can trust God because our faith puts a demand on the performance of His Word because it sees Him able to do what He Promised.

Visit Clarence E. Davis II's Bio Page.
Previous
No Reserves, No Retreats, No Regrets
Next
What Goes Around Comes Around